Long before James proposed to me, I’d thought about which type of wedding I wanted. I’ve created multiple Pinterest boards, perused Etsy and even queried locations for prices.

Once he (finally) asked me to marry him in November 2020, it dawned on me that weddings were expensive and there are loads of things that I really didn’t want to do.

Fortunately, I don’t have any overbearing parents and my mother-in-law-to-be is the best, so we’re pretty free to do as we please. Plus, we’re paying for it, so fuck everyone else’s opinion!

Disclaimer: Everything I mention is my opinion and isn’t to say that you shouldn’t do these things or that they’re not important to you. As with anything to do with weddings, it’s personal preference and you should always follow your heart.

I just wanted to share some costly common wedding priorities that you don’t actually have to do.

I don’t like wasteful tat. Even when I was picking out the gifts for my ‘bridesmaid proposal’, I only chose items that could be reused outside a wedding setting or consumed.

This is why I won’t be gifting our guests any personalised keepsakes that will sit in a drawer or collecting dust on a shelf.

Instead, we prefer to spend more on food, drink and the event than an overpriced goodie bag toy.

‘If you wouldn’t lend them £100, don’t invite them.’ I was once told to approach my guest list with this phrase in mind and it’s a gamechanger.

Every person you add to your wedding guest list is another £50-£250+, so we’ve been ruthless with ours. Fortunately, James and I don’t have too many friends and family and our guest list is 40 people.

The only exception is plus ones to my nearest and dearest, but I’m not inviting people because our families say we have to or because we think it’s polite.

We’ve chosen a venue that needs minimal decoration because I don’t want to spend money on items that’ll inevitably end up in the bin.

I initially thought we could get away with hiring decorations to make the event more sustainable, but the moment you add ‘wedding’ in front of anything, the price triples!

Instead, we’re keeping it simple and I’ll reuse or resell as much as possible. This includes centrepieces, as I’ll use dried flowers which can be used to decorate our home afterwards.

Like true millennials, we’re having a doughnut tower instead of a cake. My fiance doesn’t like cake and loves doughnuts, so why should we settle for a fruit cake with royal icing?

I’d much prefer to offer people a Krispy Kreme that they can easily take home after the reception rather than a bit of squished cake. Plus, I think more people are more particular about cake flavours than doughnuts, so it should minimise waste as well.

The idea of going to a bridal boutique and trying on gowns that cost ££££s has never interested me. In fact, the idea of having a wedding dress isn’t particularly appealing to me, I’ve seen some cute two-pieces that look much more my vibe.

Instead, I plan to shop on Etsy, ASOS or second-hand. There are some gorgeous dresses out there and for a fraction of the price. As long as it’s well-tailored, you’re mustard. 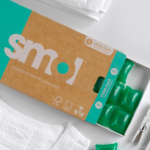 Smol Review: Is It Worth The Hype? 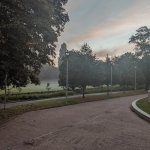 Getting your first tattoo: what you need to know

How I Chose My ASOS Wedding Dress

Four Eco-Friendly Swaps That Save You Money

This website uses cookies to improve your experience while you navigate through the website. Out of these cookies, the cookies that are categorized as necessary are stored on your browser as they are essential for the working of basic functionalities of the website. We also use third-party cookies that help us analyze and understand how you use this website. These cookies will be stored in your browser only with your consent. You also have the option to opt-out of these cookies. But opting out of some of these cookies may have an effect on your browsing experience.
Necessary Always Enabled
Necessary cookies are absolutely essential for the website to function properly. This category only includes cookies that ensures basic functionalities and security features of the website. These cookies do not store any personal information.
Non-necessary
Any cookies that may not be particularly necessary for the website to function and is used specifically to collect user personal data via analytics, ads, other embedded contents are termed as non-necessary cookies. It is mandatory to procure user consent prior to running these cookies on your website.
SAVE & ACCEPT